Ganymede, the biggest moon of Jupiter, is only now revealing itself.

BEACON TRANSCRIPT – NASA’s Galileo robotic spacecraft reached Jupiter and its planetary system more than 20 years ago and sent back treasure droves of data.

Even two decades later, scientists are still making new discoveries after returning to examine the probe’s information. The latest findings concern and target the biggest moon of Jupiter, Ganymede.

These latest discoveries are available in a paper released in the AGU Journal Geophysical Research Letters.

A Brief Look at the Galileo Mission

It was Dec. 7, 1995, when the Galileo spacecraft successfully parked itself in orbit around the largest planet in our solar system, Jupiter. The probe operated in the Jovian system for several years. During this period, it made thousands of observation of Jupiter and its system of 16 primary moons and smaller satellites.

Of particular interest to planetary scientists was the biggest moon of Jupiter. Even though Galileo had sent back a treasure trove of data about Ganymede, it wasn’t until this year that scientists made a surprising discovery.

Researchers established that the giant Jupiter companion was doing something no other moon in the solar system can. Namely, Ganymede seems to be generating its own magnetic field. Only planets and stars were thought to possess a magnetosphere, until now. 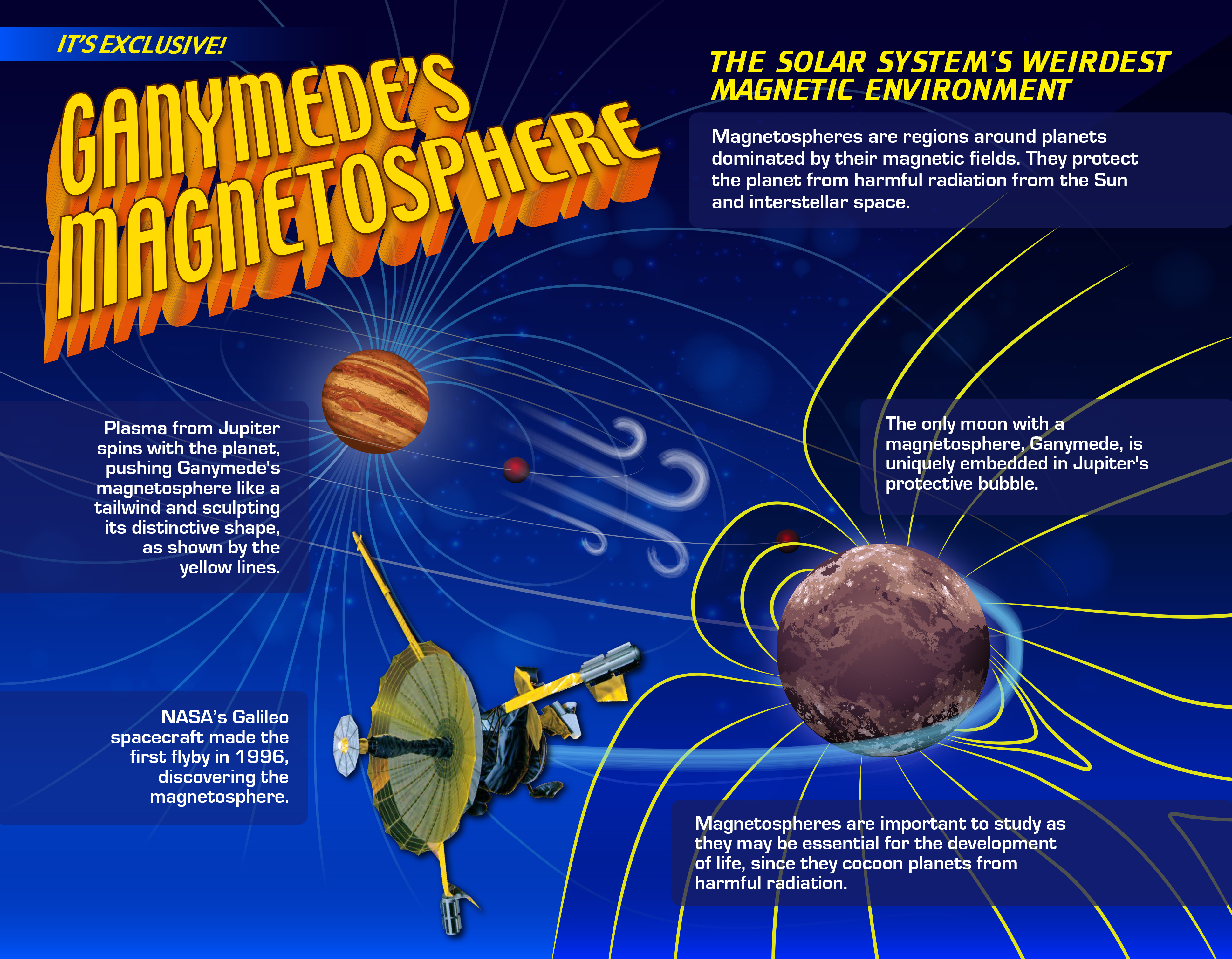 But that wasn’t all. It seems that Jupiter’s largest moon may also be harboring a vast ocean beneath its surface. Still, scientists have been suspecting this since data from the Hubble Space Telescope found indications of liquid on the moon back in 2015.

Now, the 20-years-old information from the Galileo mission seems to be providing substantial corroborating evidence that such an ocean might actually exist.

Glyn Collison was the head of the Galileo Mission for NASA. He stated that the liquid beneath the surface of Ganymede is parked between two layers of ice. These vast sheets of ice cover the rocky mantle of the giant moon. This would make this hidden ocean the largest in the solar system detected as of yet.

Collison said it’s entirely possible that the subsurface ocean might harbor lifeforms. This is because it might be composed of salt water. It could also be deep enough to be warmed by the Ganymedian core of molten iron-nickel.